The Legacy of Morton L. Mandel - "Our Cup Runneth Over" 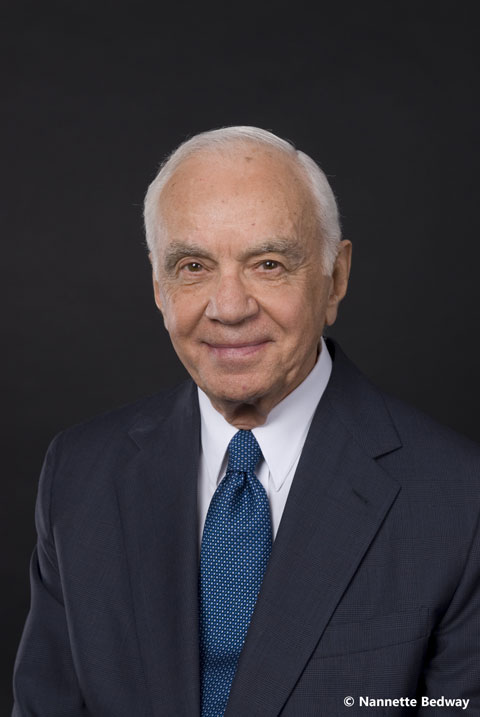 Morton L. Mandel
(this photo may not be used without the express permission of Nannette Bedway)

“I seek now to light as many more candles as I can -- to help brighten the prospects of those less fortunate in this world.” — Morton L. Mandel 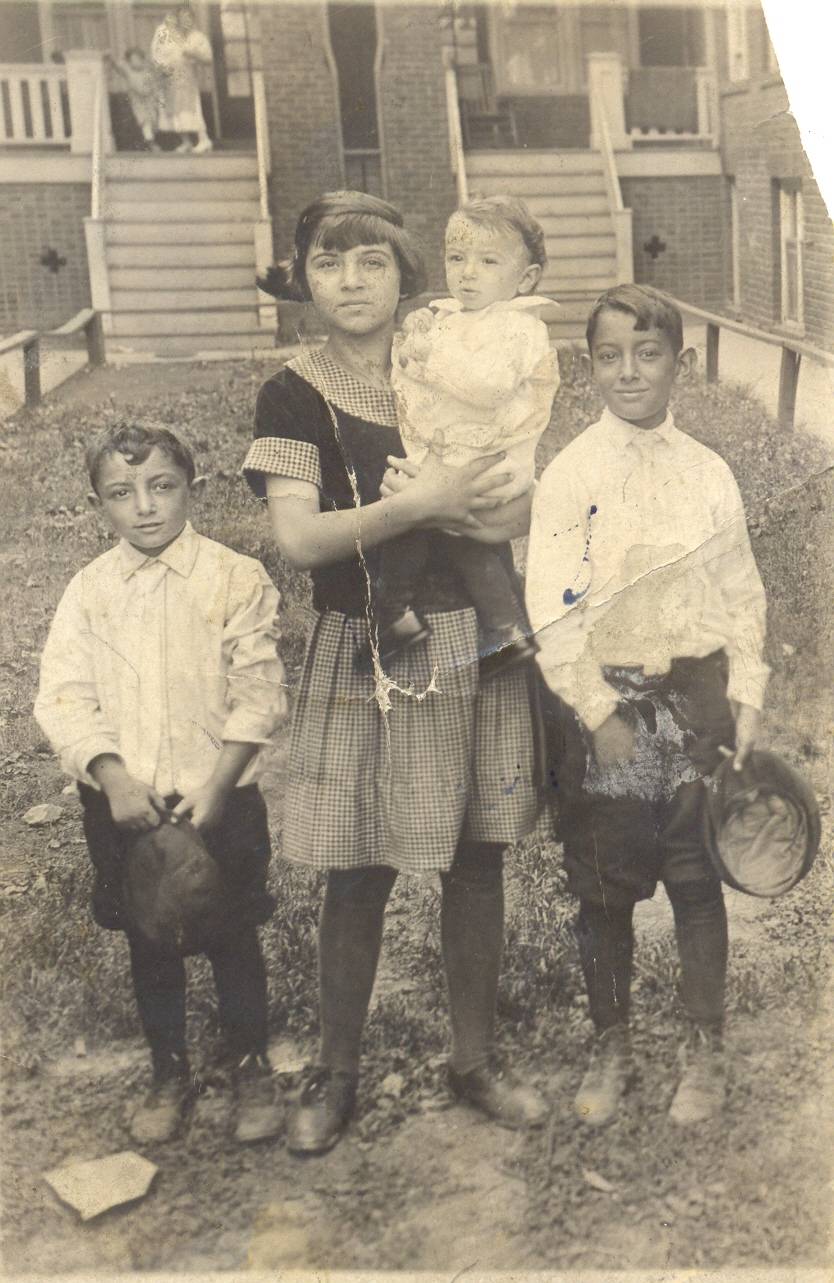 “[In my childhood,] I felt powerfully fulfilled because of the honesty, decency, generosity, and kindness my parents showed and taught us. I soaked up those values and beliefs through osmosis, and they have become guideposts for my life.” — Morton L. Mandel from It’s All About Who 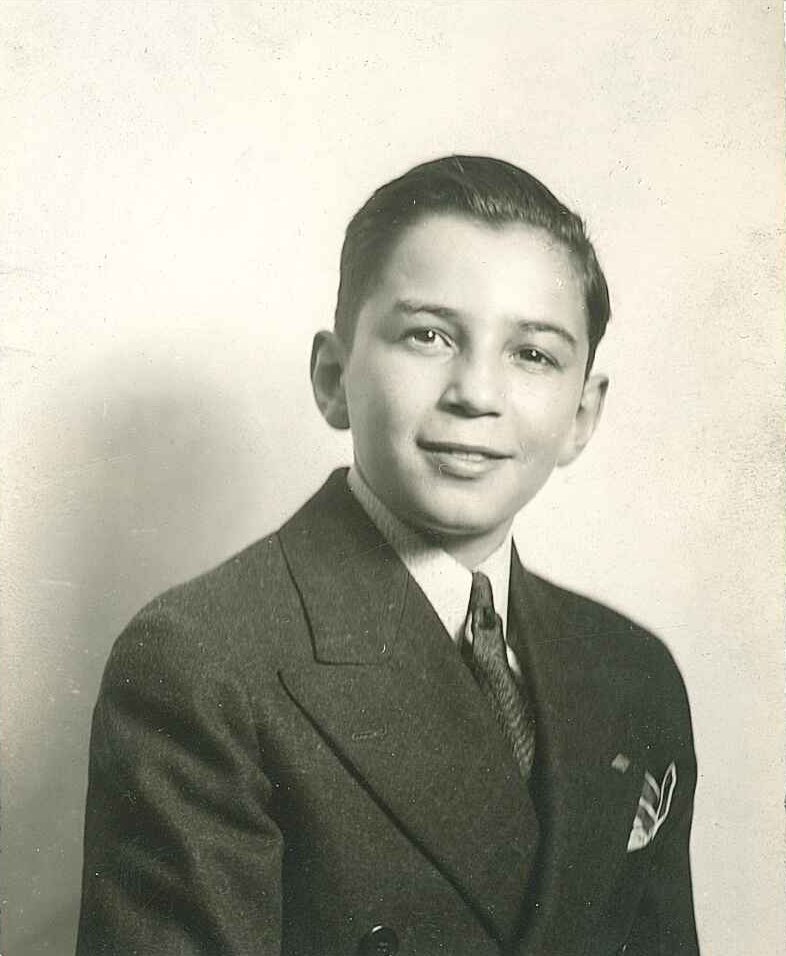 “I never thought about keeping the money I earned. I would come home, empty my pockets and give the money to my mother.” - Morton L. Mandel

Morton Mandel attended Miles Standish and Doan Elementary grade schools. In the 4th, 5th and 6th grades, he was placed in an Advanced Studies program. At Empire Junior High School, Mandel was elected President of the Student Council by the full student body, and was an avid writer for the school newspaper. At age 13, Mandel started working. His first job was as an occasional vendor at major league baseball games, and at 16 as a sales person at a men’s clothing store. In his Freshman year at Case Western Reserve University, he worked at his Uncle Jacob Mandel’s auto parts company. 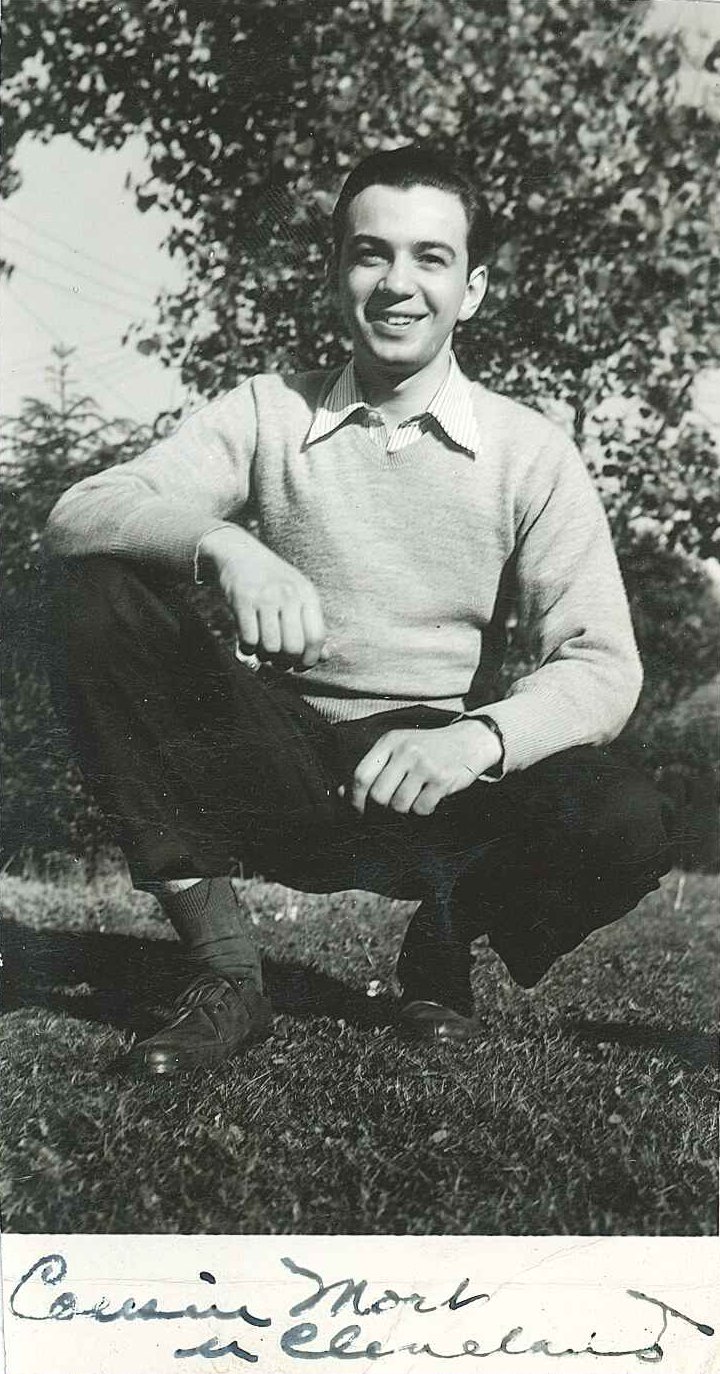 “We learned the basic values of Western Civilization at home — integrity, honesty, decency, respect, generosity… we saw all those things at home.” — Morton L. Mandel

At Glenville High School Mandel was elected President of his senior class and was deeply involved in drama, the school paper, and other extracurricular activities. Upon graduation, he was awarded an academic scholarship to Adelbert College in Cleveland, and enrolled in the fall of 1939.  After completing his Freshman year, and at just 19 years old, Mr. Mandel left college and co-founded Premier Automotive Supply Co. with his brothers, Jack N. Mandel and Joseph C. Mandel, when the trio purchased their Uncle Jacob’s auto parts business in 1940. 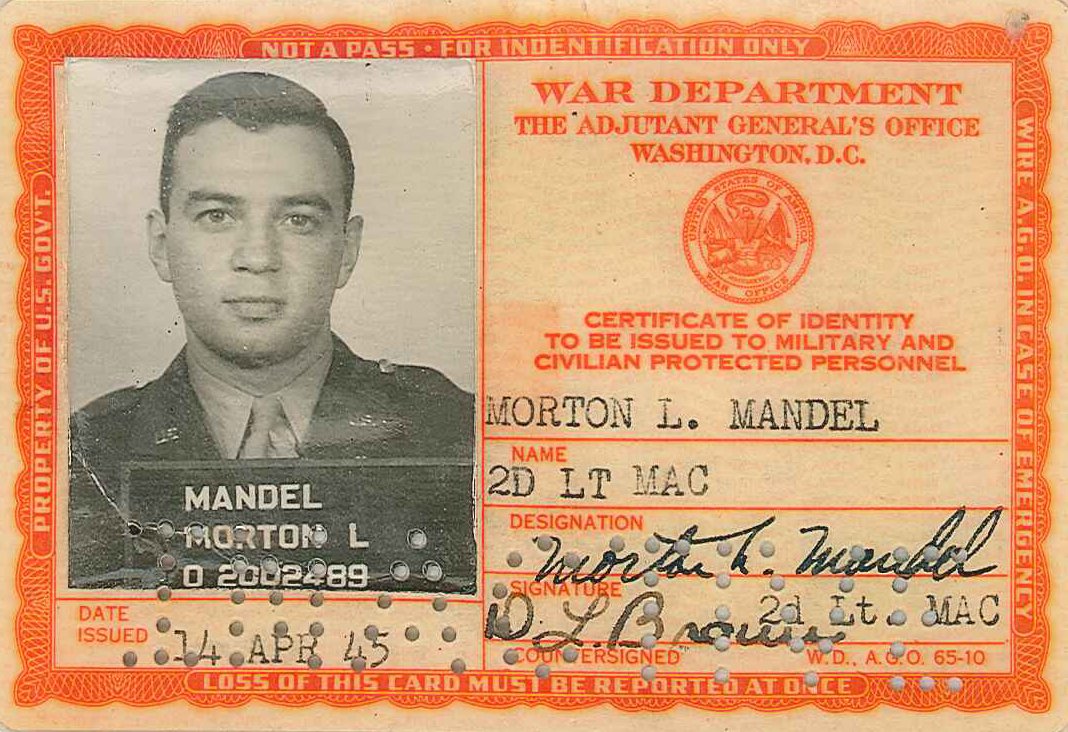 “Just three words are stamped on the cover of the U.S. Army’s leadership manual: ‘Be-Know-Do.’  The Army advises emerging leaders that the most important of the three words is listed first - Be. How a leader lives out a commitment to ethical behavior teaches more than spoken words or printed words. It’s not what you say, it’s what you do.” — Morton L. Mandel, It’s All About Who

World War II put Mr. Mandel on yet another path when he decided to enlist in the army. Shortly after he enlisted, the Army sent him back to college as it feared a wartime shortage of engineers. Mandel graduated from Officer Candidate School, as a Second Lieutenant, in March of 1945 and was separated in 1946. Upon leaving the army, after his two years at Pomona College and the University of California at Berkeley, and being just 16 hours short of a degree in chemistry, Mr. Mandel chose instead to rejoin his brothers at Premier Automotive Supply Co. 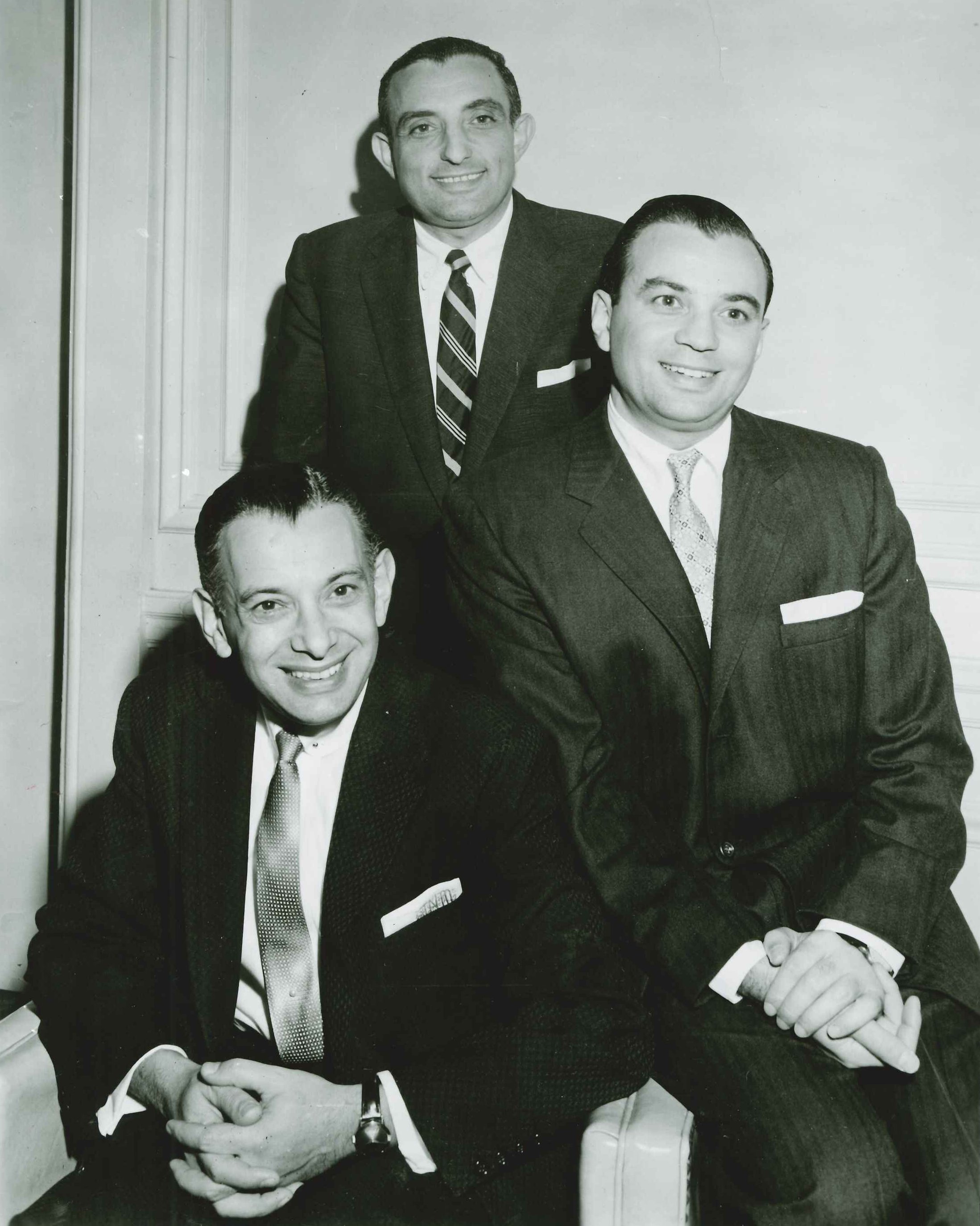 “We were a company that believed in solving our customer’s problems and not just pushing product out.  This was a key factor in the growth of our company.” — Morton L. Mandel

Mr. Mandel was asked by his brothers to become President in 1957 and then CEO in 1970 of what was to become Premier Industrial Corporation. The company went public in 1960, and was listed on the New York Stock Exchange in 1964.  Premier established earnings records in 34 out of 36 years as a publicly traded company. From a tiny company that sold auto parts in the 1940s, the brothers built a global distributor of industrial and electronic parts with sixteen divisions and a billion dollars in annual revenue. The company earned numerous business awards — in 1991 Premier was named the financially strongest large company in America by CFO Magazine; Premier was one of the 50 top companies profiled in the 1995 book, Making It In America.

In 1996, Premier merged with Farnell Electronics plc, of London, England, to form Premier Farnell plc.  With the merger of the companies, Mandel and his brothers became billionaires.  Mandel agreed to serve as Deputy Chairman of the combined companies for five years, and resigned from that Board in 2002. 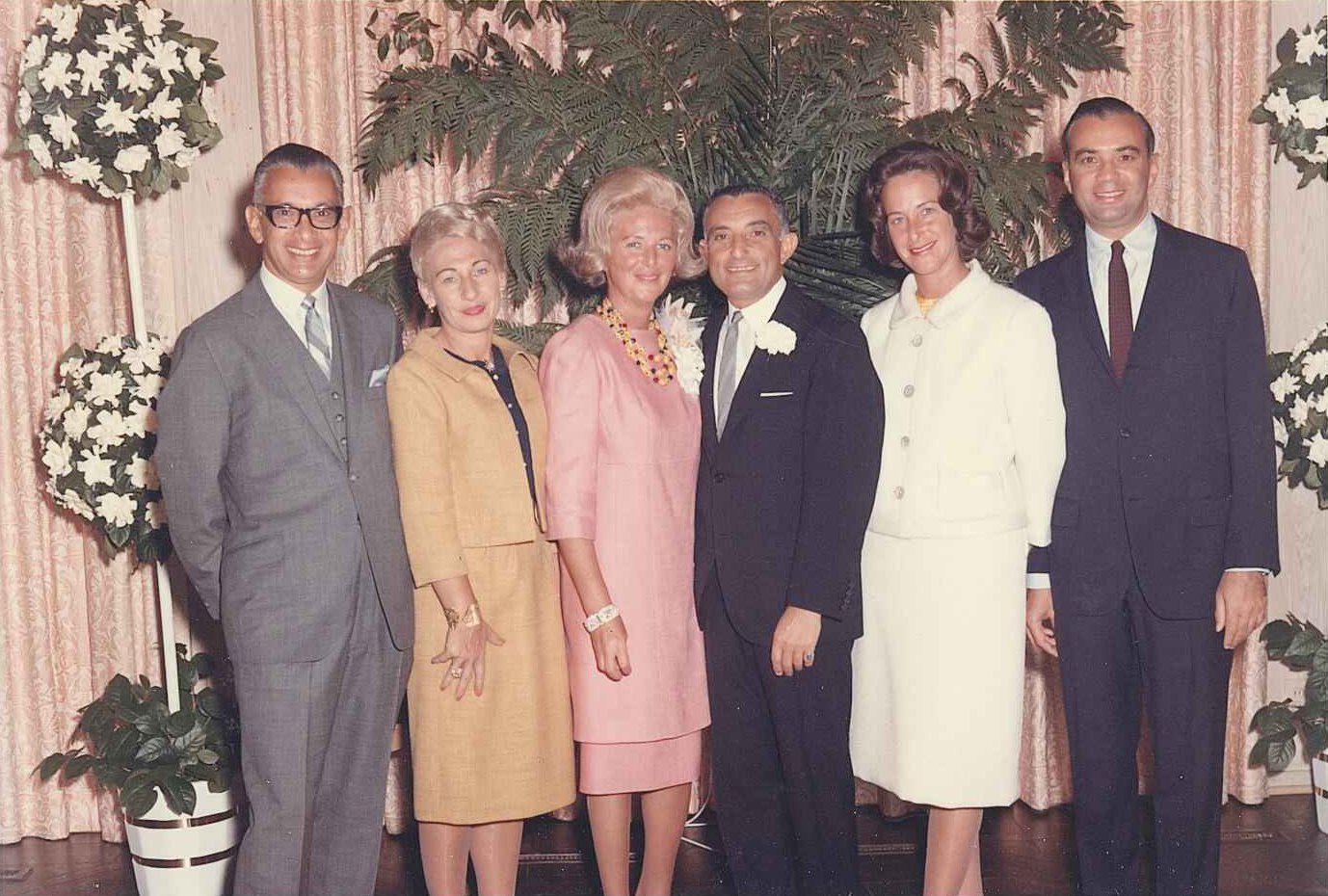 Mandel credited his parents for instilling his philanthropic values. Committed to philanthropy as an integral part of his adult life, Mandel regularly devoted about 25 percent of his time to civic and philanthropic activities. He often said, “Even though our family had little money, my mother always gave a small something to others. Giving was a permanent fixture in our home. We were taught the obligation of helping others”.

The brothers have an unusual success story. Not only did they build their business from the ground up, but they were not burdened by the arguments and infighting that plague so many family businesses. “The reason I think we did so well is because we each have different skills… We divided up running Premier based on our natural interests,” said Morton Mandel. The brothers always considered themselves best friends throughout their lives, and attribute this unique relationship to their success. 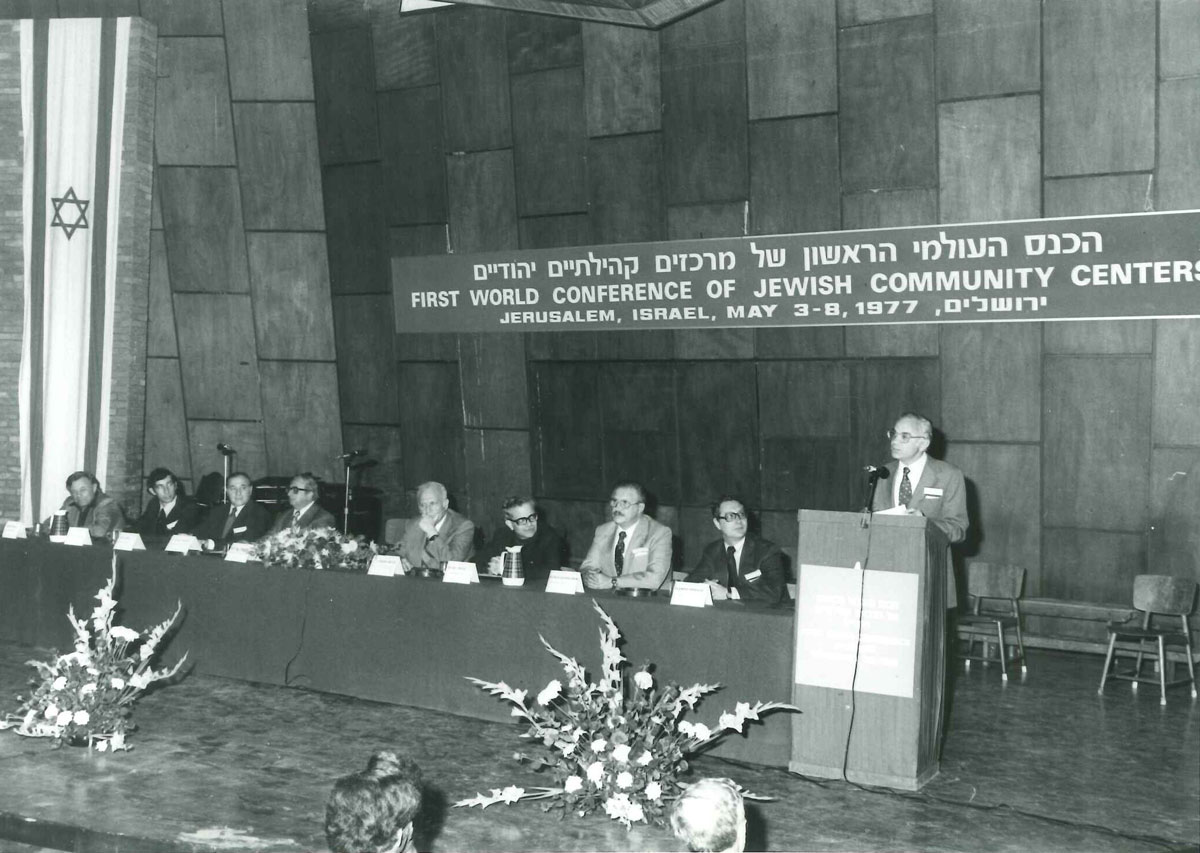 “We seek out people who have the ability, the passion, and the desire to change the world and then we give them the tools to do so.”  — Morton L. Mandel

Along with his business success, Mandel became involved at an early age in civic and philanthropic activities in his hometown of Cleveland and later on, nationally and internationally.

Mr. Mandel provided substantial leadership to numerous Cleveland philanthropic programs. He was instrumental in forming Cleveland Tomorrow in 1981, (today, the Greater Cleveland Partnership), and provided leadership to Case Western University’s Mandel School of Applied Social Sciences, which offers advanced degrees in social work, and also a degree in non-profit management. Mr. Mandel was the Founding Chairman of MidTown Cleveland, a local economic development organization dedicated to the revitalization of the business district where Premier Industrial Corp. was based.

Mr. Mandel served as chief volunteer officer for a large number of high-impact community organizations, and founded alone or in partnership with others, a dozen 501(c)(3) non-profit organizations aimed at improving the quality of professional leadership in the social sector, rehabilitating inner cities, and revitalizing Jewish education nationally and around the world. In addition to this philanthropic service, Mr. Mandel served as a Director of Central National Bank of Cleveland and Cleveland Electric Illuminating Company. 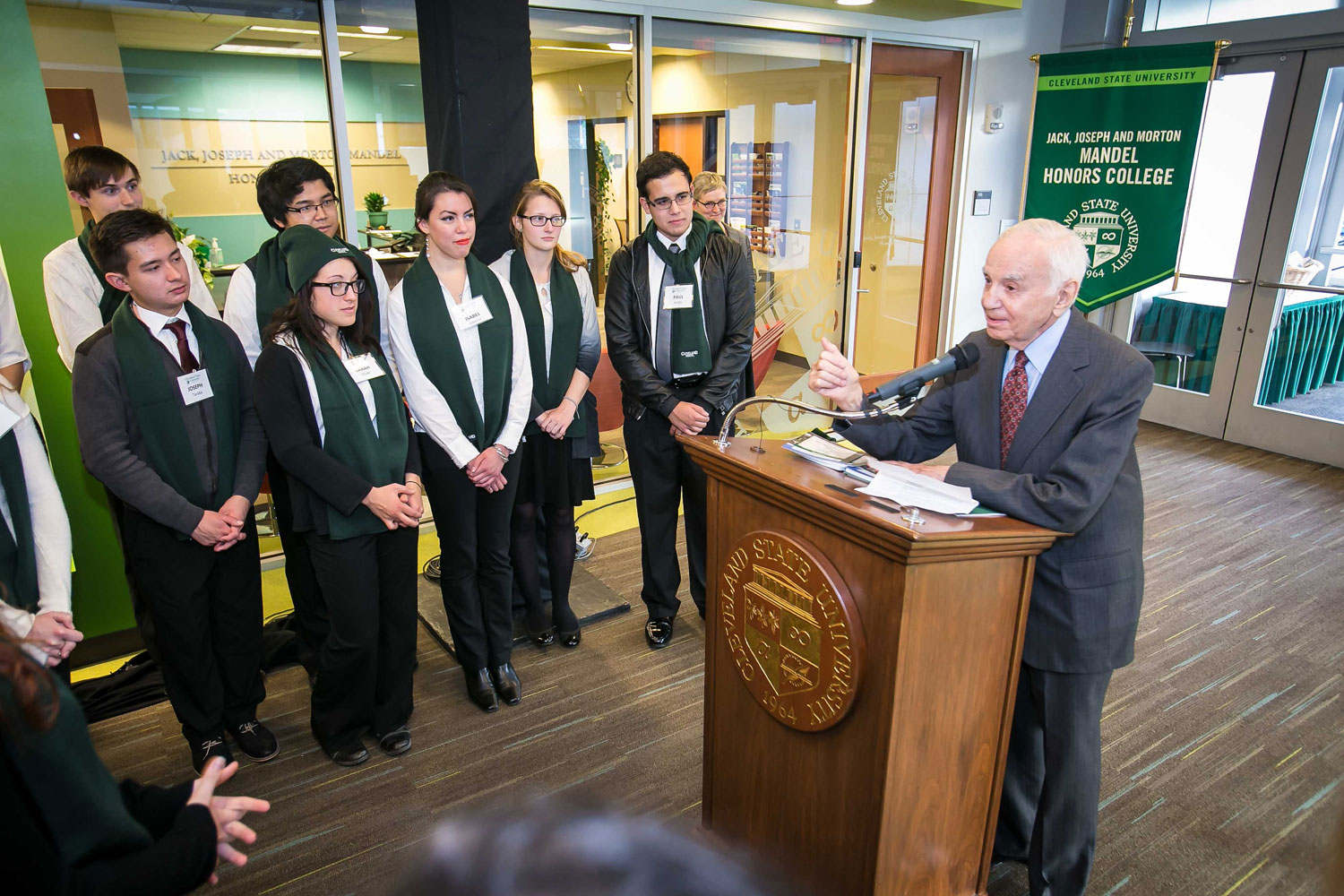 “To me, all these years working in the social sector have been very fulfilling. I share the dream of many — to leave the world a better place and to help improve the lives of others. All of these activities, along with my family life, and my business activity added serious meaning to my life.” — Morton L. Mandel

In 1998, Mandel and his two brothers founded Parkwood LLC, at the same time, he was heavily involved in philanthropic activities through the Mandel Foundation which the brothers had established in 1953. They stopped thinking about money, rather about giving back.  Mandel said about himself and his brothers’ thoughts on philanthropy, “We realized early in life that when true wealth became a by-product of success, we were its custodian, charged with using some of it to make our world a better place”.

Today, the primary mission of the Jack, Joseph and Morton Mandel Foundation is to help provide outstanding leadership for the non-profit world through leadership education programs in its own institutions and at selected universities in the United States and Israel.

Mr. Mandel strongly believed that his experience in the social sector made him a better corporate executive, just as he was convinced that what he learned in business made him a more effective philanthropist. The similarities become even more profound when he was invited to speak to the MBA classes of the late Professor Richard Osborne at Case Western University’s Weatherhead School of Management. “The students are very interested in this guy Mort,” says Osborne. “Mort’s capacity to inspire is a huge part of who he is.  At the end of the first class the students give him a spontaneous standing ovation… but when he comes back for the second class they give him a standing O when he comes in. The fact that he is a billionaire is no longer important to them. The ovation is about who he is and not how much money he made.”

It’s All About Who 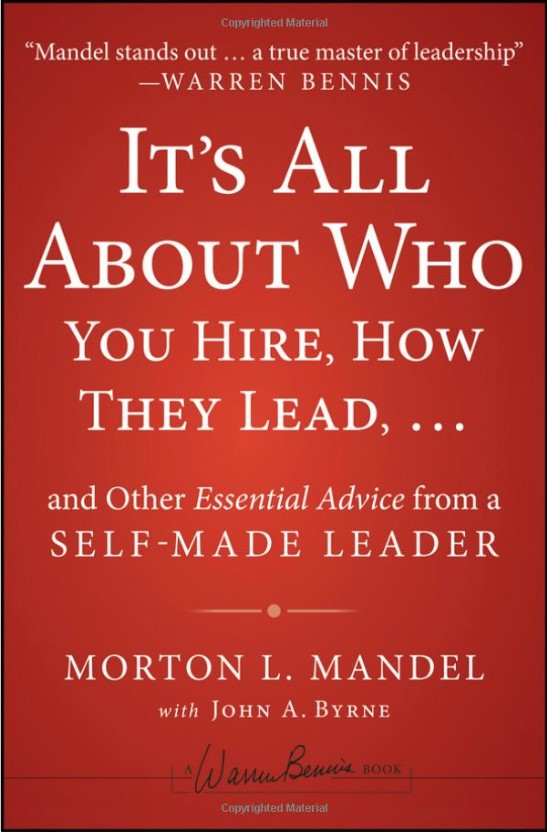 This book is dedicated to the loving memory of my parents, Simon and Rose Mandel; my exceptional wife and life partner, Barbara; my wonderful, loving children, Amy, Thom and Stacy; my brothers, Jack and Joe, my two best friends and lifelong partners in business and philanthropy; and to all those others who helped make my dreams come true.

In 2012, Mr. Mandel published a book on leadership titled, It’s All About Who You Hire, How They Lead… and other Essential Advice from a Self-Made Leader. “With his mind, his heart, his hands and his money, Mort Mandel has created a life of meaning,” reflects co-author, John Byrne. “Using his book as his Senior Project, in 2013, 74 years after Morton Mandel left college, he earned his Bachelor of Arts degree from Case Western Reserve University and participated in the commencement ceremonies with his fellow 2013 graduates.” 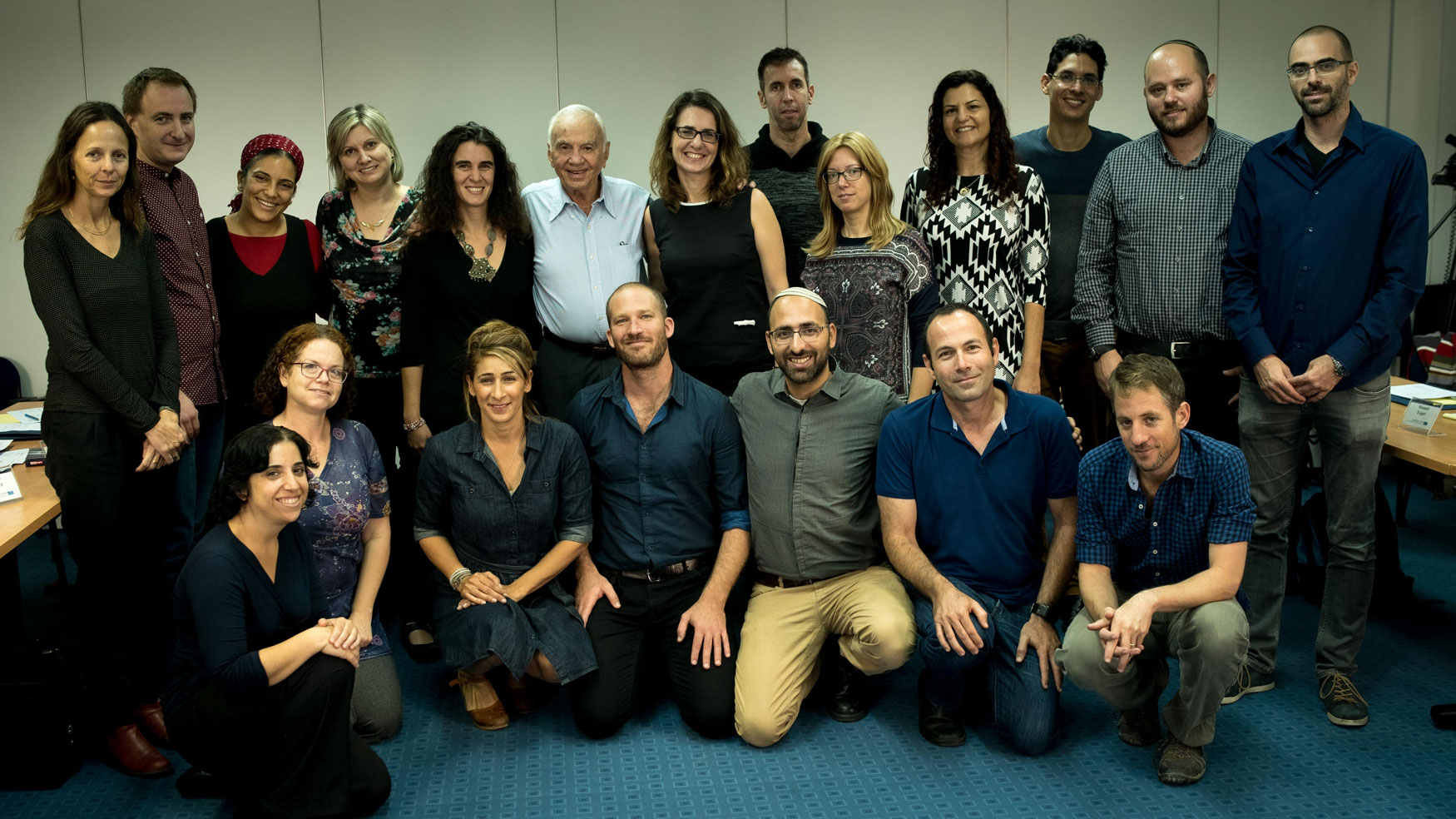 The mission of the Mandel School for Educational Leadership is to provide Israel’s education system with visionary leaders who have the passion, commitment and practical wisdom to change Israeli society for the better.

The Mandel School for Educational Leadership was developed over a number of years with the mission of turning out exceptional leaders in education, seeking to improve K-12 general education in Israel. “The Mandel School for Educational Leadership helped to create a corps of change agents who are transforming Israel through ideas and actions that improve lives,” said Danny Bar Giora, the school’s current director. About his vision, Mandel said, “Every day, they pay tribute to what I believe: that a single individual can change the world.  Powerful ideas, driven by outstanding people, represent a sure way to light more candles and help illuminate the world.” 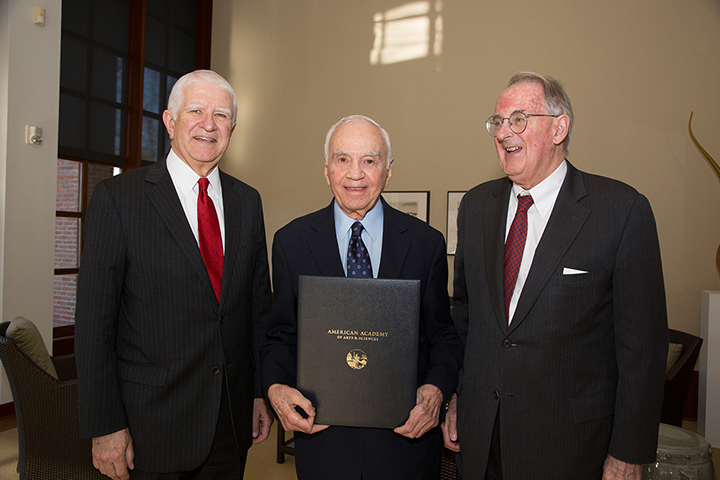 “Through his generous support of greater engagement among the Academy’s members, Mort Mandel has unlocked the potential of our distinctive membership,” said Don Randel, Chair of the Board of the Academy. “He has taken to a new level our ability to gather leaders from around the world and facilitate discussions of issues, both current and abiding, through which the Academy may advance the common good.”

Throughout his career, Mr. Mandel was recognized for his business prowess and leadership abilities with numerous awards. He received a Presidential Award from Ronald Reagan for Private Sector Initiatives presented to him personally by President Reagan in a Rose Garden ceremony. Numerous Cleveland organizations also presented Mr. Mandel with various awards for business and leadership.

For his commitment to education, Mr. Mandel received honorary degrees from many Universities across the country and in Israel.